The Highway Trust Fund: Who Pays for Highway Repairs?
×

The Highway Trust Fund: Who Pays for Highways? 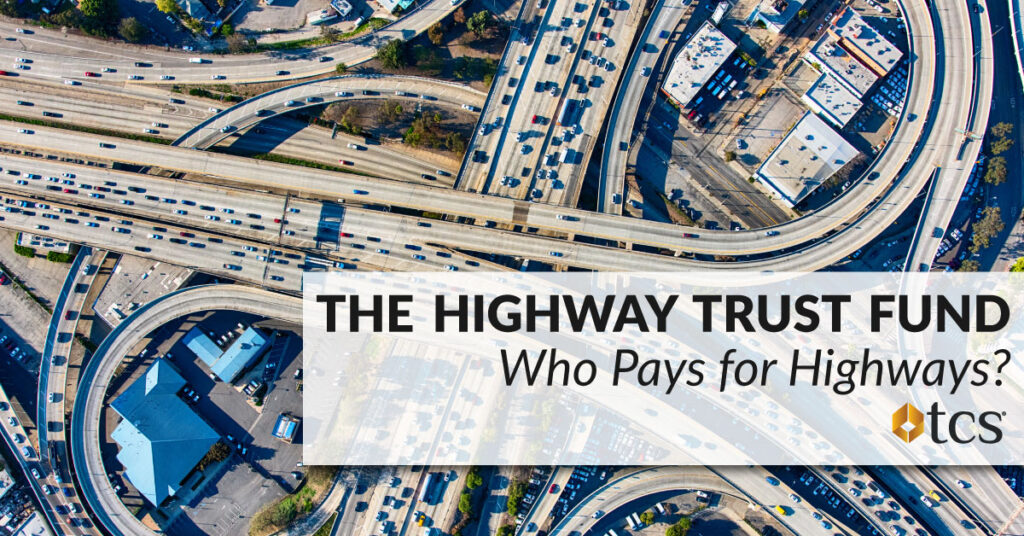 The Highway Trust Fund: Who Pays for Highways?

The unveiling of President Biden’s proposed infrastructure plan in April, named the American Jobs Plan, put focus on the continuing need for repair, maintenance, and construction of highways, roads, and bridges across the country.

Any conversation about United States highways and byways easily dovetails into talk about the decades old Highway Trust Fund and the ongoing gas tax. That leads to questions: What exactly is the Highway Trust Fund? What does it pay for? How much are gas taxes and what do they pay for? We have some answers for you.

What is the Highway Trust Fund?

The Highway Trust Fund (HTF), established in 1956, provides a dependable source of funding from the federal government for the construction and maintenance of the interstate highway system. Revenue for the Highway Trust Fund comes largely from excise taxes on motor fuel, which is a fancy way of saying a gas tax. Since 1993, gas tax rates have been fixed at 18.4 cents per gallon for gasoline and 24.4 cents per gallon for diesel fuel.

Who pays for highway repairs, construction, and maintenance?

Who pays for local roads?

Maintaining that expressway you use to haul loads or that downtown drag not far from your home is the responsibility of local and state authorities. However, funding those repairs and improvements comes from more than just collecting gas taxes paid by those driving a vehicle. These days, general taxes paid by all taxpayers such as income and sales taxes are just as instrumental as gas taxes to fund local roads and state highway infrastructures. The Highway Trust Fund assists states and municipalities in keeping highways healthy on the federal level.

What does the gas tax pay for?

Who administers federal highway programs and the Highway Trust Fund?

There’s no doubt that truckers and trucking companies need highways to haul loads. But they also need diesel fuel. With the TCS Fuel Card, company truckers, owner-operators, and trucking company fleets can save big at the pump with deep discounts and $0 transaction fees at more than 1,000 in-network locations across the country. Ready to save dollars on diesel? Apply now!